I Thought I Was Failing

I was 27 when I had my first baby, Savannah. My pregnancy proceeded without many bumps in the road. I was even lucky enough to not have to endure morning sickness! My husband and I went to birthing classes through our hospital. We toured the labor unit and I had my birth plan. I read up and did my research. Everything was going according to plan. We were ready, waiting, and couldn’t have been more excited for the much desired snuggles, coos, and sweet smell of a new baby!

My water broke at 38 weeks, at about nine in the morning. It was not the gushing of fluid that you see in the movies and on tv. It was a subtle trickle, just enough that I knew it that something was up. There weren’t massive contractions, or a rush of urgency from us. I remember my husband was just starting to get ready for a meeting he had that day. He most definitely was going to have to miss it! I took a shower while my husband grabbed our things and made the designated phone calls from the list we had prepared weeks earlier. About an hour later, we were off to have a baby!

We met my parents, siblings, and best friends at the hospital. I was the first one in our family to have a baby. Everyone wanted to be part of it, and I welcomed their presence. There is a belief out there that after a full moon, the labor and delivery ward is swamped with women in labor, due to the energy and atmospheric shifts. In my case, this was true! Every single bed was full! I had to wait a little more than an hour before a room was ready for me.

As soon as I stood up to walk to our room, my water broke with a big gush! It wouldn’t stop leaking, and as I walked to my room, I left a trail of water all the way down the hall. Shortly after, I started to have incredibly intense contractions. It wasn’t in my birth plan to have an unmedicated birth, and I had planned to get an epidural. Experiencing that level of pain was not a part of the plan! The anesthesiologist had an emergency to attend to right before I was admitted, so it took a bit longer than expected to get my epidural, but I rolled with the punches. Finally, the anesthesiologist arrived, my epidural was administered, and we seemed to be back on track.

Even though my contractions were intense and regular, Savannah was still taking her sweet time coming down the birth canal. Our heart rates were being monitored by the machine next to my bed and my brother (out of pure boredom and being a scientist at heart) was checking out Savannah’s heart machine. He made a comment that Savannah’s heart rate was going higher than what the lines on the screen indicated as normal. In true older sister fashion, I put him in his place by telling him if there were a problem, I was sure loads of doctors and nurses would fill up this room to name our game plan. Sure enough, not more than a couple minutes later, several nurses and doctors were in my room. I had developed an infection and Savannah’s heart rate became too elevated. After discussing our options with our health care team, we decided to go for a cesarean section.

My husband and I were both emotional messes, despite the doctors assuring us that this was the safest choice in our situation. We were rolled away, and to make a long story short, Savannah Antoinette arrived at 6:30 pm on July 31, 2012 via cesarean and everyone lived happily ever after!

My husband and I had fully educated ourselves on what to expect postpartum. We knew the signs of postpartum baby blues and postpartum depression. Our doctors spoke with us about it. I read some short stories. With all the excitement of being a mother and knowing I had always wanted to be a mother, I would have never, ever thought that I would experience a perinatal mood disorder. When we got home with Savannah (after 4 whole days of being in an uncomfortable hospital setting), I could feel myself disconnecting more and more from not only her, but my husband too.

I was struggling with getting Savannah to latch. In fact, she didn’t breastfeed at all. She wasn’t sleeping much at night and she didn’t fit into the clothes I had so meticulously picked out for her. She blew her diapers out every other hour. I was missing my social life and my professional career. I had to pump to get her the milk she needed (which I despised), and it was at the height of summer and we didn’t have an air conditioner in our apartment. I felt so over being a mother, and I had barely just begun.

I knew that I was experiencing baby blues or possibly postpartum depression, but I refused to talk about it. I felt a sense of failure, and was disappointed that I was not living up to the expectations I had set for myself. Then, one day I spilled an entire six ounces of freshly pumped breast milk (aka liquid gold). I walked into the bathroom where my husband was getting ready for work, and he could tell something was wrong. When he shut the door and asked me if everything was okay, I fell into his arms, buried my face into his chest, and bawled my eyes out. I don’t think I had cried that hard since I was a child. He had always told me he would be there for me. He always told me he supported me no matter how I was feeling, but even so, I wanted to pull through on my own. In that moment, his presence and support was just what I needed.

Four weeks after Savannah’s birth, I finally began to see the sun shine again. Talking about how I was feeling with my partner helped me realize that what I was experiencing was not a sign of weakness. It’s now seven years later and more and more resources and education about perinatal mood disorders are surfacing, which I am grateful to see. I encourage new parents to talk to their partners and providers instead of trying to push through on their own, as I did.

Get the facts on Perinatal Mood Disorders. 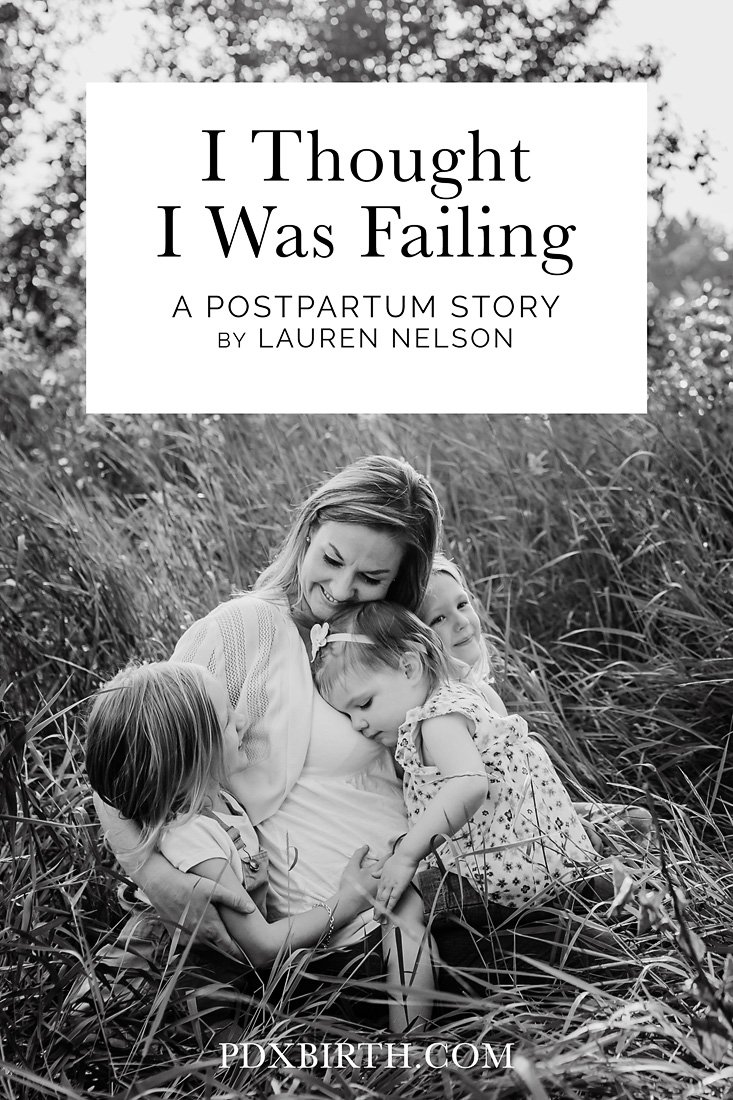 PREV. STORY NEXT. STORY
I agree with Cookie Monster: Cookies make everything better. Even websites. This site uses cookies in order to make the site work and improve your experience. By clicking 'OK' or continuing to use this site, you accept our Cookie Policy.OkRead more